In 2008, a three-year training course in pottery making was established by the Sierra Leone Adult Education Association (SLADEA), a local organization aiming to reduce the adult illiteracy rate and promoting the non-formal educational sector of Sierra Leone. The pottery center was set up in Waterloo, located about one-hour drive from Freetown. During these three years, several students dropped out, but some of them remained focused and finished the course. Among the students that graduated were Brima Koroma, Mohamed A Sesay and Fatmata Lakoh, and it was expected of them to run the facility after the training course was completed. However, with little experience in running a facility and no substantial training, the center slowly deteriorated and little funds were gathered to maintain it. 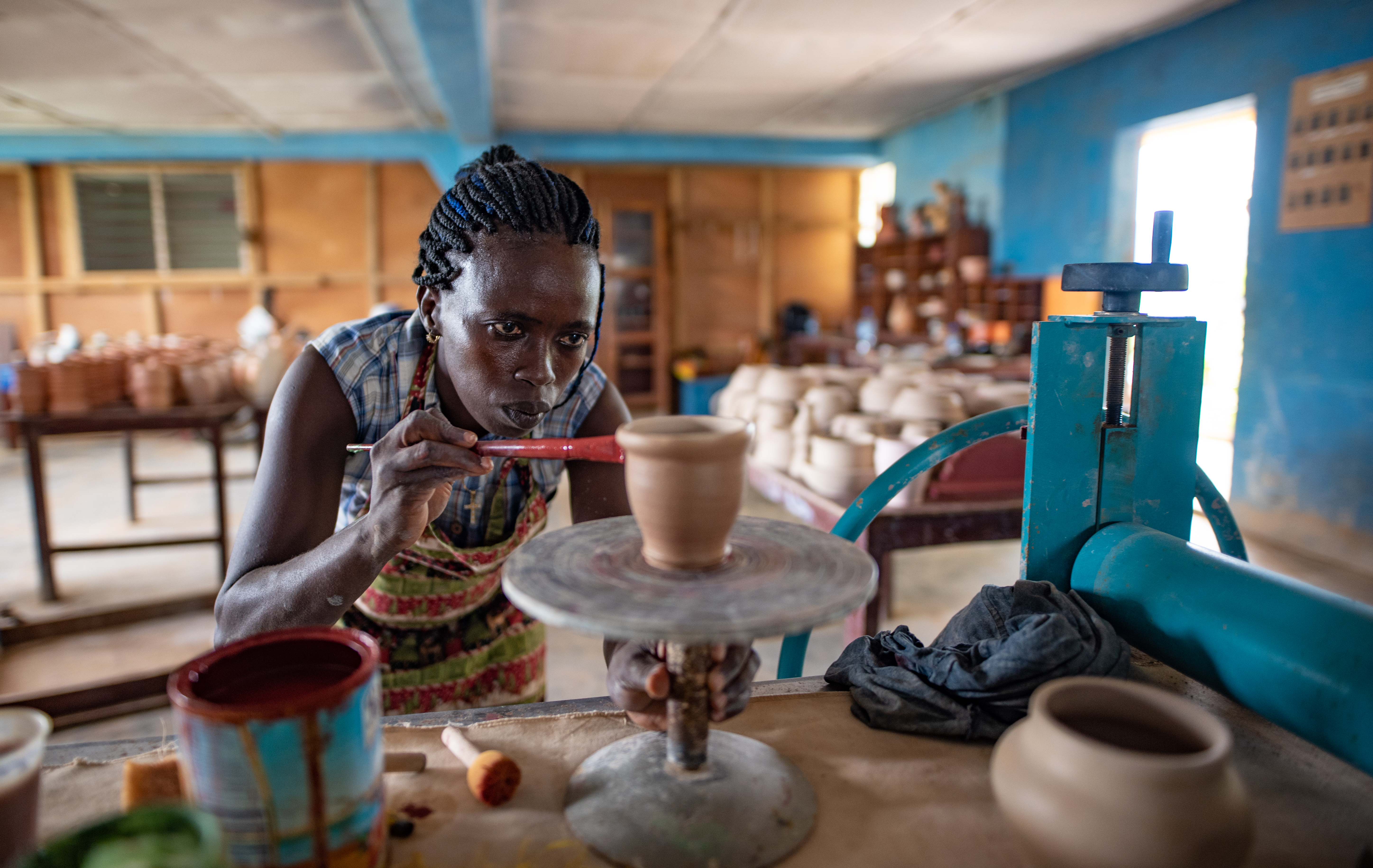 The Director of Aurora heard about the center but nobody seemed to know if it was still running or where exactly was located. During the preparation state of the Sweet Salone project, the Director and the driver of Aurora went on a mission to locate the center, as some of the designers working with Aurora had also expressed an interest in working with potters. After a whole day driving on the outskirts of Waterloo, they finally found someone who had heard of the center.

Built in the beautiful surroundings within the SLADEA compound, the pottery, named after Dr. Lettie Stuart who was the founder of SLADEA, finally became an important cooperative partner in the Sweet Salone project. Brima and his team were running this only pottery center in Sierra Leone. In a country where too many young people drop out of school due to a lack of economic means, Brima’s  goal was to earn enough to be able to support all his five children through higher education.

While considering the past of the pottery centre  the possibilities that lay ahead in the future and the well-educated teachers who were still around, Aurora Foundation started looking into the possibilities of reestablishing the center. In 2018, it was reopened with a fresh look, new equipment and an 18-month training program for students.

The pottery center is currently very busy with students helping out in making products to be sold and learning the fine art of pottery. Orders keep coming in and workshops on weekends have become extremely popular with Freetowners who want to try out the kicking wheel and make their own products. 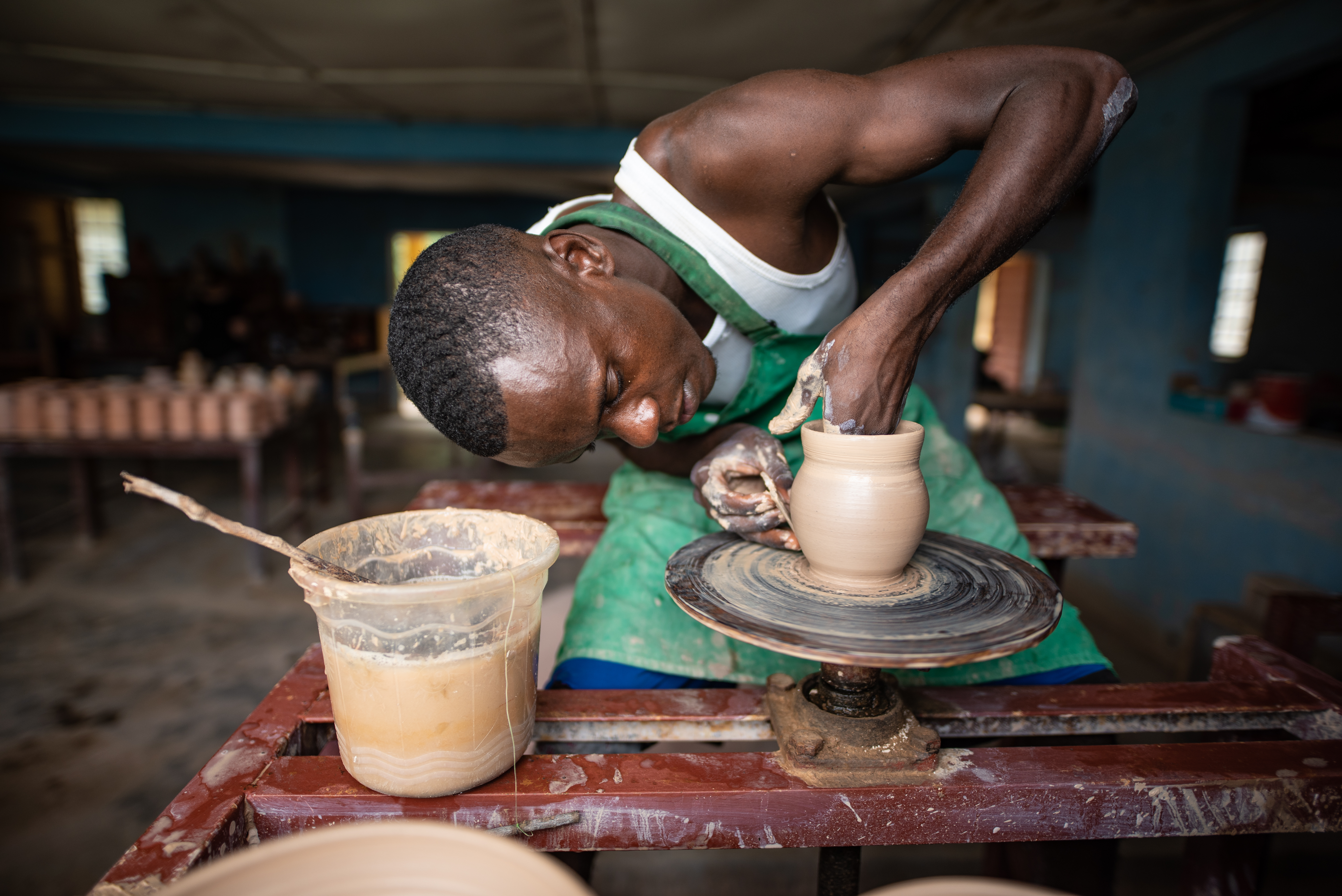